The size of a knitting needle is described by its diameter and also by its length. The size of the knitted stitch is determined in large part by the diameter of the knitting needle used to form it, because that affects the length of the yarn loop drawn through the previous stitch. We stock the popular KnitPro Symfonie & Zing ranges as well as Ashford Bamboo Double Point Needles.

Longer hooks are used for Tunisian crochet to accommodate the lengthy rows of open loops characterizing that style. Crochet hooks are mostly produced in diameters ranging from 0.35 mm to 25 mm. These diameters are indicated both directly in millimeters 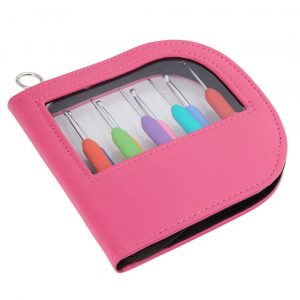 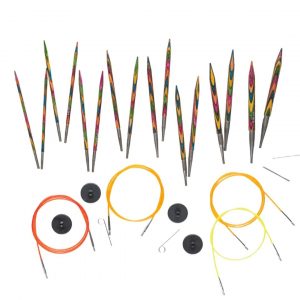 Double Pointed Needles (DPN's) are used for knitting small things in the round such as hats and socks. They usually come in a set of five needles. Both needle ends are pointed to knit from either end of the needle. They are very often made in bamboo or wood as this helps to stop the stitches fall off during use. Double Pointed Knitting Needles are often used for knitting 'in the round' and very commonly the chosen needle for things as small hats, socks, gloves and sleeve ends.

Knitting Needles & Crochet Hooks are made from many different materials. Below are a few of them and what their differences are:

Bamboo is lightweight and warm in the hand and are available in all but the smallest and jumbo sizes.

Steel Crochet Hooks are for the smallest sizes and are often used in fine thread crochet such as in doilies.

Plastic Crochet Hooks are available in all the common sizes as well as jumbo hooks. They are very large and are usually made of hollow plastic, and preferred because it they lightweight.